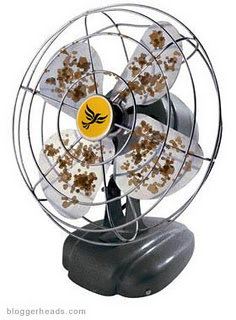 The company I’ve worked for over 15 years laid off 57 people yesterday. Some are friends. Some I know only as coworkers. Others I don’t know at all. A little over two years ago when they put the company on the sale block a lot of people jumped ship. Then came the first round of buyouts. 73 people took the company up on the deal. Their official last day felt like a surreal mass funeral…kind of a combination of “goodbye” and “see ya around” combined with a small dose of the grief that accompanies any tragic loss. Since no one actually died we didn’t go see a grief counselor. Those of us who were left just dealt with our feelings in one way or another and moved on. Then they took the company off the block and there have been three or four similar mass exoduses, each one with a little of the same taste.

So at 3:00 I walk into my department to start my shift and a coworker gave me the news. After meetings and running around chasing information and then actually working I finally got to go home and I got here a little over an hour ago, about 3:40am. This doesn’t feel the same. This feels worse than that first bunch leaving…not a mass funeral. It feels more like when a friend of mine died in a car wreck 10 or so years back…shock, disbelief and wondering what’s to happen with the rest of us.

So I poured a shot this morning. I opened up the bottle of absinthe that I have on a shelf next to my desk. Of the few bottles of liquor I’ve purchased over the years it’s the most expensive. And so I offer a quiet toast to the folks who are going to be out on the job hunt. I’m sorry it happened. I wish you well. And depending on how the whiffle-ball motion of this incredibly wobbly, unanchored roulette wheel goes, I may be right beside you in a few months.